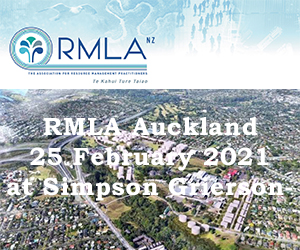 SORRY, REGISTRATION HAS CLOSED AS THIS EVENT IS NOW FULLY BOOKED!

Kāinga Ora has new wide ranging powers under the Urban Development Act to ‘fast-track’ specified development projects.  It will enable the delivery of more housing and infrastructure at greater pace and scale. One of Kāinga Ora’s objectives is to deliver high quality urban outcomes.

The statutory conceptualisation of amenity is often seen as acting as a roadblock to future urban development.  This ‘amenity problem’ is already earmarked in the Urban Growth Agenda as a matter requiring urgent redress.  The recent introduction of the NPS-UD has sought to change and shift this widely held perception that urban development has only negative effects on amenity, towards one that recognises that amenity values develop and change over time.

Within the Auckland context the AUP(OP) has seen the removal of density requirements and the introduction of region-wide graduated intensification around both existing and planned centres, transport nodes and corridors.  This intensification has often raised the question in regard to the adverse impact the scale and height of development has on the amenity of the area.

John has over 20 years’ experience as a planner working in Auckland. He has led and been involved with a wide range of high-profile and transformative projects, and played a key role in the development of the Auckland Unitary Plan. In 2012 John was accepted as a participant in the United States Department of State International Visitor Leadership Programme, where he travelled to various cities in the USA with other built environment professionals from around the world. He is the current General Manager of Auckland Council’s Plans & Places Department.

Mike is a planner by background and joined the Ministry of Housing and Urban Development to work on the development of the Urban Development Act.  Mike was previously at the Ministry for the Environment where he was involved in the 2017 RMA amendments, National Planning Standards, and earthquake recovery. Mike has also spent four years at Transpower and ten years working for City Councils.

Katja Lietz is a sustainable urban development professional with 20 years’ experience. Her career has spanned local government, freelance research and for the last 12 years property development.

She is the General Manager, Urban Planning & Design at Kāinga Ora – Homes and Communities and holds an Executive MBA from Auckland University and a Bachelor of Technology from UNITEC.

Katja has a passion for housing, sustainability and placemaking and was part of the team developing Hobsonville Point. She takes huge satisfaction from the success of Hobsonville Point and now leads a wider team tasked with planning Urban Development projects across New Zealand for Kāinga Ora.

Bookings are closed for this event.