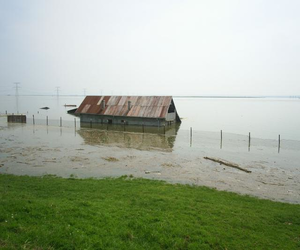 The message is clear – one-off, competitive, and after-the-fact recovery funding from Central Government is not a sustainable solution to give New Zealanders the flood protection they deserve.

Te Uru Kahika has just released a report along with an urgent message for Central Government: New Zealander’s lives and livelihoods are in very real danger from increasingly severe and frequent flood risks arising from climate change.

The consequences of failing to provide supporting investment to fund critical flood protection across New Zealand are unthinkable. Significant co-investment from Central Government simply cannot be put off any longer. The time to act is right now.

It strengthens the findings of an earlier report in 2019, which revealed that the combined $200m of regional and unitary council investment in flood protection schemes each year was falling short of what is required to meet flood protection needs by $150m per annum.

Over the ten years considered, that would be $1.5b of under-investment in critical flood protection schemes.

In small towns like Blenheim, Westport, and Ashburton, protected crown assets have a value of close to $1b. The Crown makes no rates contribution to the protection of these assets from flooding.