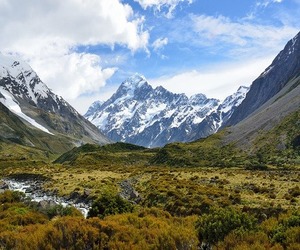 Climate adaptation is crucial but emissions must still come down

Minister of Climate Change James Shaw says the latest Intergovernmental Panel on Climate Change assessment report is a stark reminder of why New Zealand needs to plan for the worst effects of climate change.

“This latest report is unequivocal about the adverse impacts of climate change and how we’ll need to adapt the way we live in a warmer world. Here in Aotearoa – where every year sees a new set of broken temperature records – we can expect more droughts, fires, storms, and floods. More lives and livelihoods on the line.”

“Put simply, we need to see a huge step change in our approach to climate adaptation in Aotearoa – and later this year the Government will consult New Zealanders on a national adaptation plan to do just that,” said James Shaw.

The Emissions Reduction Plan will build on the significant climate action already taken by this Government, such as making it easier and more affordable for people to purchase low-emission vehicles; upgrading schools, hospitals, universities, and businesses to run on clean energy instead of dirty coal; and becoming the first country in the world to pass legislation to require all listed companies and large financial institutions to report on their climate related risks.

The draft national adaptation plan will explain how the top priority climate risks facing New Zealand – which were identified in the first National Climate Change Risk Assessment released last year – will be addressed over the next six years. It will be ready for New Zealanders to comment on in the coming months.