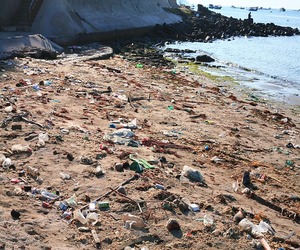 New Zealand has joined other countries in stating support for coordinated global action to combat marine plastic pollution through a new global agreement.

The flow of plastic litter and plastic pollution into the marine environment is a growing global problem with significant environmental, health, social, and economic impacts.

By 2050 plastic production is expected to grow to 1,600 million tonnes per year from 407 million tonnes in 2015, outweighing all humans on earth 5.6 times over.

Taking action on plastic waste is an important step in New Zealand’s journey to a low-waste economy, with effective resource recovery and recycling system.

In the negotiations, New Zealand will be guided by principles of a circular economy, waste hierarchy, and a life-cycle approach consistent with our National Plastics Action Plan [PDF 4.4 MB] (already underway) and draft national waste strategy.

Read The summary report of the UNEA’s Expert Group on Marine Litter and Microplastics which identifies a range of potential options to address the marine plastic litter problem.