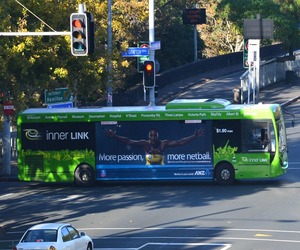 Australasia’s biggest electric bus order has been announced, in a partnership between Auckland Transport and NZ Bus.

This will see a further 152 battery electric buses (BEVs) on Auckland’s roads and will reduce greenhouse gas emissions from the AT Metro bus fleet by an estimated 11 per cent per year– which is almost 10,000 tonnes of carbon dioxide annually, relative to 2019 emissions.

These BEVs will replace around 12 per cent of the diesel bus fleet in Tāmaki Makaurau, in alignment with AT’s Low Emission Bus Roadmap 2020 (LEBR).

The additional BEVs will significantly boost the number of zero emission buses operating on AT bus services across Auckland with NZ Bus providing services in the city centre and across some of the city’s most congested urban areas.

The BEVs will be deployed across four years, with plans for the first group to be driving the Tāmaki Link from October next year, followed by other services operated from the central and east Auckland bus depots.

AT and NZ Bus and have been working on plans to accelerate the BEV introduction since late 2020 following a proposal from NZ Bus to replace a significant part of its current diesel fleet with electric buses.