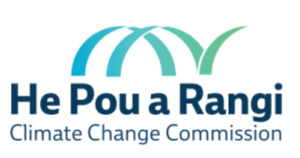 The Infrastructure Commission has just issued its draft strategy for how infrastructure can overcome big challenges and contribute to a thriving Aotearoa over the next 30 years.

Climate Change Commission CE Jo Hendy says many of the choices we have today are shaped by infrastructure decisions made generations ago.

Electricity, for example: a large proportion of our electricity in Aotearoa is renewable thanks to decisions made early last century. Low-emissions electricity may not have been the rationale at the time, but we benefit from that outcome today.

Similarly, the infrastructure being planned and built now will shape the choices available to our children, their children and grandchildren.

It will be next year before the Infrastructure Commission finalises its report and the Government responds.

It will also be next year before the Government responds to the Climate Change Commission’s advice, through its first Emissions Reduction Plan; releases its National Adaptation Plan to outline its response to climate change risks; and introduces its resource management reforms – all significant for the future of infrastructure in Aotearoa.

But in the meantime, infrastructure design and development continues and it must respond to the challenges of climate change: to enable the low emissions transition and to build a climate-resilient future.

We can’t wait for government plans, strategies, policies or mandates.