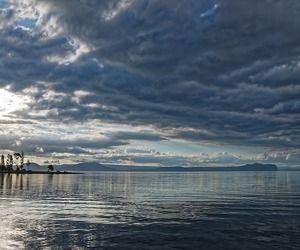 Projects create benefits into the future

Making a well-known lake swimmable and helping to halt the decline of the endangered hoiho/yellow-eyed penguins are among a suite of new projects being supported by the Government’s Jobs for Nature programme across the southern South Island.

The projects range from smaller scale but intensive work – establishing a trapping network at the isolated Waiuna Lagoon, home to bittern, fern birds and kaka – to a major pest control initiative to better protect 23 threatened and at-risk wildlife species across 150,000ha of the Queenstown Lakes District.

$2.98 million will go towards a three-year project assisting more than 80 local predator control initiatives across 150,000ha of the Southern Lakes region to better protect 23 threatened and at-risk wildlife species from the invasive species of rats, possums, and mustelids.

Te Tapu o Tāne, a charitable company led by the four Papatipu Rūnanka o Murihiku, will get $2.125 million over three years to set up native tree and plant nurseries to support catchment rehabilitation within the takiwā of the Papatipu Rūnaka o Murihiku.

$973,000 will go towards noxious weed control, planting enhancement and predator control at the Upukerora River Delta to protect rare and threatened braided river bird species, and for the construction of part of the proposed Te Anau to Te Anau Downs Trail.

$420,000 dollars has been allocated towards halting the decline of hoiho/yellow-eyed penguins across coastal Otago and Southland, with the funding  being used to retain two roles – one full-time and one part-time, while also creating an additional full-time and part-time role over the next two years.

$416,000 is being invested in additional stoat, possum and feral cat control in the Routeburn, Dart and nearby valleys. This control work is estimated to employ six people across three years helping protect some of the country’s most vulnerable native species.

$383,000 is available to establish a trapping network at Big Bay Awarua and Waiuna Lagoon to help protect vulnerable native birds such as fern birds, bittern, rail and kākā. It is estimated to employ up to nine people across three years.