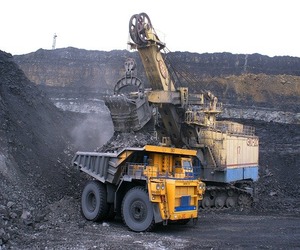 Low hydro lake storage levels combined with a tight gas supply led to a big jump in the use of coal to generate electricity in the second quarter of 2021 compared to a year earlier, according to the New Zealand Energy Quarterly released by the Ministry of Business, Innovation and Employment.

Daniel Griffiths, MBIE Manager of Markets, Evidence and Insights says the constraints of low lake levels and gas supply were evident again in the June quarter with electricity generated from coal at its highest level since June 2008.

“The share of electricity generated from renewable sources for the June 2021 quarter was 75% which was 6% points lower than the same quarter a year earlier.”

“Hydro generation was down 5% on a year earlier, while electricity generated from gas fell by 13%. Coal, which usually makes up around 6% of the generation share, contributed more than 12% this quarter.”

“Coal imports also increased with the 632,200 tonnes brought into the country the highest quarterly figure on record. Elsewhere, geothermal generation fell by 5% after an outage at the Kawerau power station in June while 652GWh came from wind generation – a record for a June quarter.”