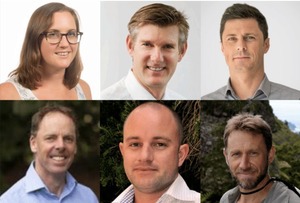 Ecologists undertaking ecological effects assessments in New Zealand commonly follow the approach set out in the Ecological Impact Assessment Guidelines (EcIAG) prepared by the Environment Institute of Australia and New Zealand (J Roper-Lindsay and others (2018)). The definitions relating to the effects management hierarchy and the distinction between them, are referred to in the EcIAG.

These same definitions and relevant case law are also included in the Local Government NewZealand guidance document “Biodiversity offsetting under the Resource Management Act” (F Maseyk and others, 2018). Despite this direction, debate persists in practice on the distinction between mitigation and offsetting or compensation in relation to ecological effects.

The ecological outcomes likely to be achieved from mitigation are different to those arising from offsetting or compensation actions; applying these terms correctly is critical to effective application of the effects management hierarchy and in the context of both good ecological outcomes and sound resource management process.

The importance of this differentiation was recently highlighted in the Ara Tūhono – Warkworth to Wellsford Decision (Decision of Independent Commissioners, 24 March 2021 referenced as BUN60354951).

While there were clear ecological outcomes intended by the proposed overall “mitigation package”, the commissioners stressed the importance of clearly articulating which measures were mitigation (reducing the level of adverse effect) and which were offsets or compensation (contributing to positive effects) (at [84]–[85]).

Understanding the distinction between mitigation and offset or compensation is also important when making a decision under the Resource Management Act 1991 (RMA) as it has direct implications for public notification (s 95A) and threshold tests for granting of non-complying consents (s 104D).