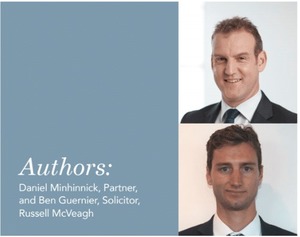 This case looked at the issue of where the Resource Management (National Environmental Standards for Freshwater) Regulations 2020 (NES-F) apply and, in particular, whether they apply in the coastal marine area (CMA).

The issue arose in the context of appeals on the Proposed Northland Regional Plan. Through the appeal process, Bay of Islands Maritime Park raised the issue of the potential for the NES-F to cover areas of the CMA.

To resolve this uncertainty, the Environment Court was asked to make a declaration on whether the NES-F applies to wetlands in the CMA.

The Court was required to consider a range of definitions in making its determination. The starting point was the use of “natural wetland” in the NES-F. The term has the same meaning as in the National Policy Statement for Freshwater Management 2020 (NPS-FM), which defines the term broadly as a wetland (as defined in the Resource Management Act 1991 (RMA)) that is not constructed by artificial means, a geothermal wetland or any area of improved pasture that is dominated by exotic pasture species and is subject to temporary rain-derived water pooling.

The NPS-FM also includes a narrower definition for “natural inland wetland”, being a natural wetland that is not in the coastal marine area.

The NPS-FM states that it applies to “all freshwater (including groundwater) and, to the extent they are affected by freshwater, to receiving environments (which may include estuaries and the wider coastal marine area)”.

Also of relevance is the definition in the NES-F of “river or connected area” as “a river; or any part of the coastal marine area that is upstream from the mouth of a river”.