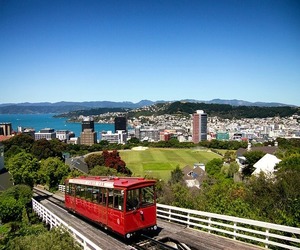 Cr Nash says “Regional government has access to some of the most effective emission reduction levers in the country and with the right support from central government we are ready to pull those levers right now. The Commission’s final advice should put more focus on the need for partnerships between local and central government to achieve the pathways it is setting out.”

“The Commission’s transport advice relies on regional government giving people better options for public transport so that we don’t have to drive. The truth is we are not on track for the scale of change we need. Road transport emissions in the Wellington region have grown by eight per cent since 2001 and it’s a similar story in other regions.”

Greater Wellington along with our region’s local councils, mana whenua and government agencies are drawing up Wellington’s Regional Growth Strategy.

The strategy aligns with the Climate Commission’s advice on transport and urban development, including more opportunities for cycleways and active transport and focusing higher density housing around public transport hubs.

Alongside reducing transport emissions, Greater Wellington is moving quickly to rebuild the critical natural infrastructure that will both reduce emissions and increase resilience to climate change.