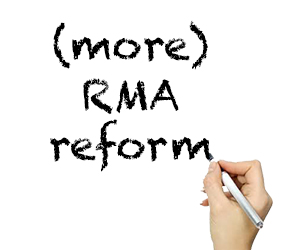 Minister Parker has today announced the process for the reform of the resource management system.  As anticipated, this will involve the repeal and replacement of the RMA within this term of government.  It will be replaced with three new Acts: a Natural and Built Environments Act (NBEA); a Strategic Planning Act (SPA); and a Managed Retreat and Climate Change Adaptation Act (CCA).  The Cabinet Paper and Ministerial press release are below.

In summary, the process will involve:

How can you engage?

MFE has signalled that opportunities for formal engagement in the process will be limited and focussed.  RMLA will look to engage with its members on the exposure draft of the NBEA and seek to be heard through the select committee process.  We also anticipate making a formal submission on the final bills (once introduced) in the usual course.  We will be collaborating with like-minded organisations in the usual way.  We expect many of you will have opportunities to engage through your involvement in other organisations, which we encourage.  It will be important to proactively seek out these opportunities given the limited formal processes.

We are developing an engagement action plan to ensure we are well placed to take advantage of opportunities as they arise.  We will be in touch to share that document once it is finalised.

Media Release re the RMA to be repealed and replaced.