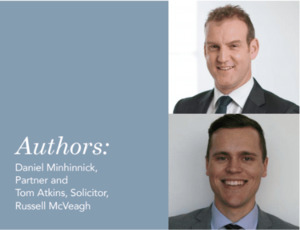 The need to more effectively manage, protect and enhance New Zealand’s freshwater resources has been at the forefront of political debate and regulatory decision-making in recent years. A key issue in the 2017 election, policy change to address freshwater quality was a central tenet of the Labour Government’s plan to reform our resource management system during its first parliamentary term.

Three years on, we now have National Environmental Standards for Freshwater (NES-F) and a new National Policy Statement on Freshwater Management (NPS-FM). These two documents form part of the Government’s “Action for Healthy Waterways” package, which aims to stop further degradation of New Zealand’s rivers, lakes and wetlands, and to bring them to a healthy state within a generation.

The NES-F is intended to provide an immediate, short-term response to prevent any further degradation or loss of streams and wetlands. The NPS-FM provides a longer-term framework for improving freshwater quality.

While ostensibly less restrictive than the earlier drafts circulated for public feedback, some aspects of the NPS-FM and NES-F have the potential to create significant, and likely unintended, challenges for development that requires works in and around freshwater bodies. Those challenges could also mean that positive ecological outcomes arising from such development may not be realised. This article highlights some of the practical issues that have arisen under the NPS-FM and NES-F.

Under the NES-F, resource consent is required for any works in and around wetlands, stream reclamations and other stream works that may affect fish passage. For the majority of developments, consent will be required as a discretionary or non-complying activity.

Perhaps most significantly, unless they are provided with another activity status under the NES-F, any works within a natural wetland that will result, or are likely to result, in the drainage of that wetland, are now prohibited. The NPS-FM similarly directs that there is to be “no further loss of extent of natural inland wetlands“ (Policy 6 of the NPS-FM at [2.2]).

The goals of the NES-F and NPS-FM are laudable, and these two documents have the potential to go far in protecting and enhancing New Zealand’s freshwater bodies by setting new national bottom-lines and prescribing specific environmental outcomes. However, as has been recently highlighted by several of New Zealand’s major quarry operators, the prohibition on works within natural wetlands could have far-reaching implications.

The NPS-FM provides a list of defined terms to be used across both documents. These definitions are critically important, as they determine which areas are subject to the stricter controls imposed under the NES-F. The term “natural wetland” is defined as follows (at [3.21]):

natural wetland means a wetland (as defined in the Act) that is not:

a) wetland constructed by artificial means (unless it was constructed to offset impacts on, or restore, an existing or former natural wetland); or

b) geothermal wetland; or

c) any area of improved pasture that, at the commencement date, is dominated by (that is more than 50% of) exotic pasture species and is subject to temporary rain derived water pooling

The key issue lies in the third exemption, which the Ministry for the Environment added to the NPS-FM late in the process in an attempt to clarify what is, or is not, a natural wetland. However, with this late addition, it is now unclear what areas of land this exemption actually covers.

Is this exemption intended to capture areas of land that are at least half covered by exotic pasture species themselves, or areas of land that sit within a broader area where at least half of the species are exotic? As drafted, the scope of this definition is uncertain, and there is risk that the NES-F restrictions will now apply to land that it was not envisaged to protect or vice versa.

The risk with such an ambiguous definition has already been realised, with Auckland Council recently rejecting a resource consent application by Winstone Aggregates to expand its operations at Flat Top Quarry in Kaukapakapa, north of Auckland, on the basis that the relevant land fell within the NPS-FM’s definition of natural wetland. This was despite the relevant land being used as a paddock for cattle grazing.

Quarrying operations produce aggregate, which is critical to the provision of infrastructure – Auckland alone uses approximately 12 million tonnes of aggregate annually. Without an adequate supply, construction of new infrastructure is likely to be delayed, and some may even become non-starters, due to increased costs and extended timeframes.

More broadly, the wetlands provisions within the NES-F are causing significant issues for developments across the country, with many projects scuttled or put back to the drawing board as parties look at alternative options. Some might say that this is the price to be paid to protect our precious ecological resources, as a bright–line exclusion would prevent any further loss of streams or wetlands “slipping through” as part of the consenting process for a comprehensive development.

However, the reality is that not every proposal is “bad” from an ecological perspective. Many proposals that offer significant environmental or ecological benefits (and are often an improvement on the status quo) cannot and will not proceed under the new rules.

There are inherent challenges in having prescriptive rules and bottom-lines applying at the national level, as opposed to objectives or policies. This is particularly the case for rules prohibiting activities within specified areas. In Thacker v Christchurch City Council (EnvC Christchurch C26/2009, 6 May 2009), the Environment Court commented that the imposition of prohibited activity status on any activity “is the most draconian form of control available under the RMA” (at [42]).

In the Court’s view, prohibited activity status is not something that should be imposed lightly and should only be used where it is the most appropriate of the options available (at [45], citing Coromandel Watchdog of Hauraki Inc v Chief Executive of the Ministry of Economic Development [2007] NZCA 473, [2008] 1 NZLR 562).

In other words, prohibited activity status is only to be used where a less restrictive activity status is not appropriate. This is a difficult determination to make in the context of a district or regional plan, due to the variability of possible activities and ways in which effects may be able to be appropriately managed in particular circumstances.

On a national scale, this becomes even more difficult. Unless the relevant rule is clearly defined in its intended scope and application, and a blanket prohibition can be justified in every circumstance, across the entire country, prohibited activity status seems difficult to justify.

Blanket prohibited activity status in a national–level document can result in activities that are well suited for a particular location, and may in fact generate positive environmental outcomes, being precluded from development. The NPS-FM’s ambiguous definition of natural wetland has the potential to result in the preservation of areas of land that do not actually possess the ecological values that the NES-F was implemented to protect, at the expense of comprehensive developments being established on such land.

As Forest and Bird have commented, “potentially we’re going to capture some wetlands under this definition that we don’t want to capture, which becomes unworkable for land owners” (see Phil Pennington “New freshwater protection rules being heckled from all sides” (8 October 2020) Radio New Zealand <www.rnz.co.nz>). If potential opportunities for comprehensive developments are precluded under the NES-F, applications for such activities can no longer be assessed on their merits through a consenting process and the potentially significant environment benefits and improved ecological outcomes provided by these activities, through mitigation, restoration or offsetting measures, will not be realised.

In addition, where seeking resource consent in accordance with a district or regional planning framework, applicants have the option of also applying for a private plan change (coupled with their consent application) to remove prohibited activity status where it is considered inappropriate. This option is not available where the relevant prohibited activity rule is provided for through national direction. An NES can only be changed on the initiative of the relevant minister.

The problems that have been identified in the context of the NPS-FM and NES-F reflect a broader issue with the recent policy reform in the resource management space – a lack of integration or “joined-up thinking”. Over the last 18 months, in addition to the NPS-FM and NES-F, the NPS for Urban Development 2020 has been promulgated and the first tranche of National Planning Standards have been released. The Government is also currently developing NPS on Highly Productive Land and Indigenous Biodiversity, as well as NES for Sources of Human Drinking Water and Wastewater Discharges and Overflows.

All of these documents set out prescribed environmental outcomes that are to be achieved through district and regional plans. However, not all of these outcomes are aligned with one another.

For example, the restrictions anticipated through the proposed NPS for Highly Productive Land could preclude urbanisation of the very land the NPS for Urban Development seeks to be urbanised.

Of course, this could all change under the new legislation and national direction that has been proposed by the RMA Review Panel. Improving integration across the resource management system was one of the Review Panel’s stated goals in providing its recommendations for reform.

However, there are aspects of the Panel’s recommendations that suggest the risk of outcomes conflicting with one another is unlikely to be resolved. The Review Panel proposes to have a range of environmental outcomes enshrined in the new legislation that would replace the RMA. However, as highlighted by the Parliamentary Commissioner for the Environment, the Rt Hon Simon Upton, in his recent delivery of the RMLA 2020 Salmon lecture, prescribing these outcomes in legislation will not make them any more compatible or deliverable.

As drafted by the Review Panel, the outcomes are wide-ranging and un-prioritised, and deal with complex topics on which there will be significant technical, ideological and political debate. Conflict would seem to be inevitable. In the event of such conflict, winners will need to be chosen. However, the wetland example demonstrates the perils of making those calls through rules set at the national level.

We agree that prescribed environmental bottom-lines, supported by clear and comprehensive national direction setting out how they are to be implemented and achieved, can be an effective way to achieve improved environmental outcomes. There is no reason why reasonable bottom lines cannot be achieved while at the same time ensuring that critical infrastructure and development can continue, and the potential ecological benefits from such development realised.

However, as demonstrated by the issues with the NES-F and NPS-FM, where outcomes are provided for through blanket restrictions (or in the case of the NES-F, prohibitions) on certain activities, this can have unintended, and potentially perverse, consequences. In some cases, activities that could actually produce a net environmental gain may be precluded from development, which would seem to be contrary to the improved ecological outcomes sought to be achieved by the NES-F and NPS-FM.

The issues that have arisen in the context of the NES-F and NPS-FM demonstrate the need for careful and considered drafting when it comes to prescribing environmental outcomes through national direction or legislation. Outcomes that are cast too widely, or bottom-lines that are too stringent, can have significant implications, from both a development and an ecological perspective.

With a clear emphasis on the setting of environmental outcomes and a greater use of national direction in the Review Panel’s report, there is risk that these problems will continue through to a reformed resource management system. Improving environmental quality is certainly a laudable goal, but the devil will be in the detail.