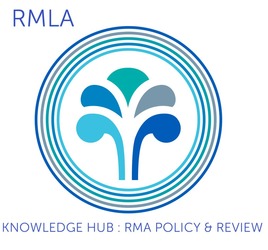 Other articles in this series provide comment on specific issues from the Randerson Report (“Report”), including the role of mana whenua/iwi, biodiversity, air quality, freshwater and contaminated land. This article summarises the broad regulatory and policy framework that the Report proposes for our resource management system going forward. We also briefly comment on “next steps” for reform.

Key recommendations regarding a new regulatory and policy framework

The first and most important point to note is that this round of reform is not more pointless “tinkering” with the Resource Management Act 1991 (“RMA”), similar to what we have often seen occur over the past ten years. Rather, as was recognised by the previous Government’s decision to establish the Randerson Review Panel (”Panel”), there is widespread acknowledgement that the RMA has become too incoherent and complex, such that it is no longer ‘fit for purpose’. As a result (and as set out in the Panel’s Terms of Reference):[1]

“While much of the RMA remains sound, it is underperforming in the management of key environmental issues such as freshwater, and in delivering affordable housing, social and network infrastructure, and well-designed urban communities.”

In other words, there is cross-sector agreement that the RMA cannot remain as currently drafted. The only debate now is what should take its place. So this round of reform is as significant as that which occurred in the late 1980s and resulted in the introduction of the RMA.

Given that context, there is much from the Report which the RMA Policy and Review Knowledge Hub could comment on. But mindful of time and space constraints, we will focus on four key aspects of the Panel’s recommendations regarding what the new regulatory framework should look like, as follows.

Leading up to the release of the Panel’s recommendations, there was much debate on two matters:

(a)    Should the RMA be completely repealed – or could it be “salvaged” to again provide a concise, workable regulatory framework for resource management?

(b)    If the RMA was to be replaced, should it be split into separate statutes for land use and environmental protection?

The Panel has concluded (as had several other commentators) that the RMA is “past the point of no return”, so is not capable of being salvaged. They have therefore recommended that it be replaced with new legislation, which they have named the “Natural and Built Environments Act” (“NBEA”).

However, they have also recommended that like the RMA, the NBEA should retain an integrated approach to land use planning and environmental protection. The Panel has acknowledged the arguments raised (including by Infrastructure New Zealand) in opposition to retaining an integrated planning and environmental statue. But ultimately, they have concluded that the integrated nature of the RMA has not been a key reason why that statute has achieved poor outcomes for both the built and natural environments. The Panel also noted that they were unaware of any country that has moved to make its regulatory frameworks for land use and environmental protection less integrated.

Unfortunately, there have often been inaccuracies in how the media have reported on this aspect of the Panel’s recommendations. As discussed shortly, the Panel has also recommended that we should introduce a new “Strategic Planning Act” (“SPA”), in addition to the NBEA. The summary that the Panel has “recommended two major new pieces of integrated legislation” be introduced has commonly been misunderstood by reporters as the Panel concluding we should have separate land use and environmental statutes. As can be seen from the above, that is not the case.

In the Panel’s view, many of the issues identified with the performance of the RMA in relation to both the built and natural environments “result from its focus on managing the negative effects of resource use, rather than on providing direction on desired environmental and development outcomes or goals.”[2]

The Panel have also noted as follows:[3]

“Thirty years on, it is clear the ‘effects-based’ approach was not implemented as intended in relation to both maintaining environmental standards and providing an enabling approach for development in urban areas.”

The Panel has accordingly recommended that:

(a)    The purpose of the NBEA should be “to enhance the quality of the environment to support the wellbeing of present and future generations and to recognise the concept of Te Mana o te Taiao.”

(b)    The NBEA’s purpose should be achieved by (inter alia) ensuring that positive outcomes for the environment (defined as including both the natural and built environments) are identified and promoted.

Increase the requirement for strategic planning

The Panel heard argument that the RMA’s ‘effects-based’ framework has not sufficiently incentivised (or required a focus on) strategic planning. This, they said, has “led to a ‘culture’ in planning with a focus on the negative rather than positive outcomes from good use of resources.”[4] Submitters also argued that a lack of alignment between land use and infrastructure planning has led to poor outcomes for both the environment and development.

As noted, to address this shortcoming, the Panel has recommended that a new piece of legislation be introduced – the SPA – to provide a framework for mandatory spatial planning. This spatial planning would be done at a regional level and cover both terrestrial and coastal environments (the coastal marine area). The SPA will require the development of Regional Spatial Strategies (“RSS”), which set long-term (at least 30 years) objectives for urban growth and land-use change, responding to climate change, and identifying areas in which development is inappropriate.

RSS will be prepared and approved by joint committees, comprising representatives of central government, the regional council, all constituent local authorities in the region, mana whenua and an independent chair. RSS should be consistent with national direction under the NBEA and all planning and funding plans (including those prepared under the NBEA) should be consistent with RSS.

As has been widely acknowledged, one of the key issues with implementing the RMA has been a lack of national direction to support the Act’s purpose and principles, and guide local authorities as to how they should apply the Act’s provisions. Much of the national direction that has been issued to date has also failed to clarify how conflicts between competing national or regional priorities (as will inevitably arise) should be addressed.

Notwithstanding these issues, the Panel have recommended that the current forms of national direction should be retained. These comprise national policy statements, national environmental standards, national planning standards and regulations.

However, the Panel has also recommended that under the NBEA, mandatory national direction will be required on a range of topics, including the setting of environmental limits, how the principles of Te Tiriti o Waitangi will be given effect to and the methods and requirements for responding to climate change and natural hazards. All existing and new national direction should also be brought together into a coherent combined set and any conflicts between them resolved.

Next steps in the reform process

That said, it is clear that the current Government (and Environment Minister David Parker in particular) broadly support many of the Panel’s key recommendations. Further, three associate Environment Ministers have been appointed and Rachel Brooking (who was a member of the Randerson Panel) is also now a Labour List MP. It is therefore anticipated that the Government may move to progress the reform proposals within a reasonably short timeframe and subject to a relatively limited period of public debate and consultation.

In terms of time frames going forward, the Panel recommended that: