Home RMLA News From your President 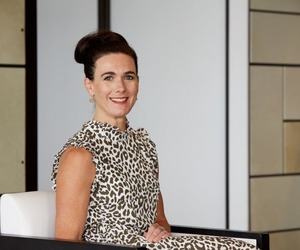 October has been a busy month for our organisation. We kicked things off with our annual Salmon Lecture held at the Northern Club, where the Hon Simon Upton (Parliamentary Commissioner for the Environment) presented his thoughtful, and thought provoking, commentary on the report by the Independent Review Panel into resource management system reform.

I have deliberately not referred to this as the “Randerson Report”, given Panel Chair Tony Randerson QC politely discouraged this shorthand, which overlooks the important role played by all members of the Review Panel. The Panel’s report – New Directions for Resource Management in New Zealand – was the subject of the first part of our “mini conference” held in Wellington later in the month.

We were pleased that the Panel Chair took up our invitation not only to present a summary of the Panel’s findings, but to respond to Simon Upton’s address. This exchange of ideas has provoked further discussion and debate among our members, with Simon Upton subsequently sharing his further thoughts. We encourage you all to track this debate and to participate through our web-based discussion platform Discourse. Access via this link

We also hope to continue the exchange of ideas around Māori rights and interests in freshwater, following on from the panel discussion at our mini conference.

Bridging the gap between these two events was an evening we co-hosted with EDS for some well-known professional debaters – our elected members (and those aspiring to the role). Only days out from the election, we heard from the environmental spokespersons from each of the major parties on issues ranging from oceans reform to climate change.

We were surprised by the high degree of commonality between the parties, with one notable exception. Mr Court (spokesperson for ACT) is now an elected MP holding the environmental and climate change portfolio. It will be interesting to observe whether his views evolve during his term in Parliament, but he certainly added to the fun of the debate.

The newly elected Labour Government announced Ministerial portfolios this week. RMLA has a strong working relationship with Environment Minister Parker and looks forward to that continuing. We expect the new Government will move swiftly to implement the key recommendations of the Review Panel, and we will continue to engage with our members in relation to implementation issues to ensure the practitioner perspective is heard.

We see the sense in Minister Parker also holding the Oceans and Fisheries portfolios, with marine spatial planning likely to be a topic of interest for our members. James Shaw will continue on in his role as Minister of Climate Change, enabling him to progress this important mahi.

I am personally excited to welcome Kiri Allan, a fellow lawyer nā Te Moana-a-Toi (from the Bay of Plenty), into her new role as Minister of Conservation. She is joined by fellow wahine Māori Nanaia Mahuta as the Minister of Local Government. Both will play key roles in the wider reform of our resource management system, acknowledging the important interface between related legislation.

Whether this will be a transformational government remains to be seen, but we look forward to being part of the process.