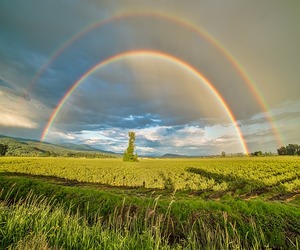 His Honour expressed the view that I had misunderstood the Panel’s drafting and that it did indeed give precedence to biophysical imperatives. In support of his view he referred to three aspects of that drafting:

For ease of reference, the Panel’s proposed section 5 reads:

The purpose of this Act is to enhance the quality of the environment to support the wellbeing of present and future generations and to recognise the concept of Te Mana o te Taiao.

The purpose of this Act is to be achieved by ensuring that:

positive outcomes for the environment are identified and promoted;

the use, development and protection of natural and built environments is within environmental limits and is sustainable; and

the adverse effects of activities on the environment are avoided, remedied or mitigated.

In this Act environment includes–

ecosystems and their constituent parts;

people and communities; and

natural and built environments whether in urban or rural areas.

Dealing with the matters raised by His Honour in turn:

First, I do not agree that the reference to Te Mana o te Taiao gives biophysical imperatives precedence over human interests. The obligation is only to ‘recognise the concept’, rather than to (for example)  ‘give effect to it’. The word ‘recognise’ creates a very weak obligation that does not require that the concept is actually delivered in practice (as mentioned in footnote 10 to my lecture).

Notably, it is even weaker than the obligation in the existing section 6 of the RMA, which requires that certain matters are not only recognised but also ‘provided for’. Furthermore, I consider that asking decision-makers to recognise a concept is both novel and uncertain. It may be a matter of preferred legislative style but I think abstractions can lead to uncertainty.

Beyond that, it will not always be possible both to ‘support the wellbeing of present and future generations’ and deliver on ‘the concept of Te Mana o te Taio’,  and the Panel’s drafting does not prioritise the latter.

Secondly, the requirement set out in proposed section 5(2)(b) that development be ‘sustainable’ obviously needs to be interpreted by reference to the definition of that term that has been proposed by the Panel, which reads:

sustainable means that the needs of the present generation are met without compromising the ability of future generations to meet their own reasonably foreseeable needs.

This definition is fundamentally different from the definition of ‘sustainable management’ in the RMA. It does not refer to or prioritise meeting, any biophysical imperatives. What is sustainable is what meets the perceived needs of people.

The third and final matter His Honour referenced in support of his view that the Panel’s drafting prioritises biophysical imperatives was proposed section 9(5), which reads:

The use and development of natural and built environments must be within prescribed environmental limits and comply with binding targets, national directions and regulations.

The key point to note about proposed subsection 9(5) is that it will only be as effective as any applicable limits. And as I explained in my lecture (refer page 11), the provision on limits ‘imports’ the defects of the purpose clause, because the stated purpose of limits (as set out in proposed section 8(1)) is to, ‘achieve the purpose of this Act’ (refer page 11).

Conflicts
His Honour expressed the view that I had overlooked the Panel’s proposed section 9(6), which provides for the resolution of conflicts, and reads:

Subject to (5), any conflict in or doubt about the application of matters in section 7 must be reconciled and clarified as necessary in a way that gives effect to the purpose of this Act:

by the Minister through national direction or by regulation; or

in the absence of any such direction or regulation, by the provisions of policy statements and plans.

Section 9(6) was also discussed in my lecture (refer page 11). I made the point that it leaves conflicts to the Minister to resolve through national direction or regulation or, failing that, “by the provisions of policy statements and plans”. As we all know it is impossible, in advance, to identify and reconcile every conflict decision-makers will need to resolve.

This means that there will inevitably be conflicts that arise in practice which will not have been foreseen and resolved in existing national direction and plans. It will take time to promulgate the necessary changes, and in the meanwhile officials, politicians – and ultimately the courts – will be left weighing the natural environment in the balance, alongside the many other outcomes and wellbeings that are in play.

As well as discussing the Panel’s proposed drafting, His Honour made a brief reference to my own. In particular, he suggested that it only imposed a weak requirement in relation to the impacts of climate change, by reference to my proposed provision on, ‘Matters of national importance in relation to the use, development and protection of the built environment’, which requires decision-makers to ‘have particular regard’ to climate mitigation and adaptation.

With respect, the important point to note in this context is that the other provisions I drafted will cover any climate change impacts which compromise the biophysical environment, protected places or Te Ao Māori. For example, anything (including both greenhouse gas emissions and the impacts of climate change) which could compromise the life-supporting capacity of air, water, soil, and ecosystems is covered by my proposed section 5(1)(b).

That said, I am sure that my proposed drafting can be improved.

Finally, His Honour suggested that I had misunderstood the Panel’s intent regarding the way its proposed spatial planning legislation would relate to regulatory planning. I was pleased to hear that the former is not intended to take precedence, despite the fact that the Review Panel’s report explicitly lists the new Natural and Built Environments Act as being ‘subject to’ the Strategic Planning Act (refer page 490 of the Panel’s report).

On a separate but related point, the report proposed that regional spatial strategies would have to be ‘consistent with’ all of the Natural and Built Environments Act, LGA and LTMA.  It may be unrealistic to expect spatial planning to be ‘consistent with’ the purposes of all these Acts. Hence my preference for making spatial planning a part of the Natural & Built Environments Act and clarifying its relationship to key operative elements of that Act.

We are embarking on a very important law reform initiative and it is critical that the wording of any new legislation is carefully scrutinised. This is particularly so when the financial interests at stake are such that any new Act, like the RMA before it, will be subject to intense litigation.  New Zealand is fortunate to have specialist Parliamentary Counsel who are gifted drafters and will no doubt do an excellent job of drafting any new legislation.

For my part, I hope that we will not forget the lessons of the past, including the questionable consequences for our environment which resulted from the ‘overall broad judgement approach’ applied by the judiciary to section 5 of the RMA, despite Hansard and other records explaining a contrary legislative intent.