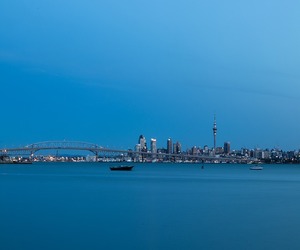 Hamish Glenn Policy Director at Infrastructure New Zealand says the reopening of eight lanes of traffic on Auckland’s Harbour Bridge is a welcome sight and provides the opportunity for a considered and independent examination of all Waitematā Harbour crossing options by the Infrastructure Commission.

“That a steel strut some 6 storeys high could be manufactured, transported and installed into one of New Zealand’s most heavily utilised and critical infrastructure assets in such a short period is something to celebrate.”

“It buys the Upper North Island some time – time which must be spent wisely if Auckland is to limit future disruptions to travel and the national economy is to be supported into the future.”

“A review into the transport and wider infrastructure demands of the Upper North Island will need to be initiated by the incoming Government with some urgency.”

“Current expectations are that some form of loading restriction will need to be placed on heavy vehicles using the bridge by around 2030 as the structure reaches its maximum safe weight limit. By 2046, some 27,000 trucks are anticipated to want to cross the harbour every day. The additional time and cost to use the Western Ring Route is estimated at $40 per trip, or around $400 million per annum.”

“To have a new crossing operational by 2030, critical decisions on that crossing’s form and alignment will need to be made within the term of the next Government.”

“The Infrastructure Commission has the experience and independence required to answer these questions – which are bigger than Auckland, bigger than transport and bigger than any single Government – with the best available information.”