Home News More than 10,000 townhouses, flats, and units consented in the last year 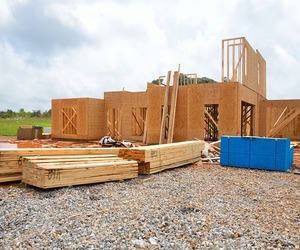 More than 10,000 townhouses, flats, and units consented in the last year

Figures released by Stats NZ show a record 10,063 townhouses, flats, and units were consented in the August 2020 year.

The number of new homes consented in August 2020 was 3,147. When accounting for seasonality, there was a small increase of 0.3 percent from July 2020. Seasonally adjusted values can be influenced by the timing of large multi-unit projects.

“We have seen the number of new homes consented remain quite stable over the last three months, following some dramatic movements between March and May when the nation-wide lockdown had the biggest impact,” Mr Adair said.

“The strong consent numbers for new homes in recent months means that there is a relatively large amount of residential building work planned for the future.”

Most residential building work is typically completed within a year or two after the consent has been issued. However, building work may have been impacted by the effects of COVID-19, with many projects experiencing significant delays in their completion dates.