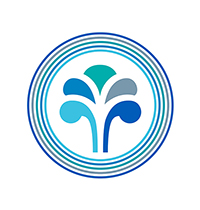 RMLA is heartened to see a focus on greater clarity for decision makers and resource users, through clearer and coherent national direction, and an “outcomes” focussed approach encouraging continuous environmental improvement rather than simply managing effects.

A core submission by RMLA, which was widely shared, was the importance of integrated management.  This aspect of the current system is proposed to be retained.  Although the Panel has recommended two separate enactments to replace the RMA, the key one – which could be called the “Natural and Built Environments Act” – would still manage both the natural and built environment.  Urban planning will obtain greater prominence but, refreshingly, would be focussed on “setting high-level patterns of land use” rather than elaborate regulation.  The second enactment would provide a critical overarching framework for ensuring the integration of land use planning with the provision of infrastructure funding and investment.  Although sustainable management remains important, the new “lodestar” concept is Te Mana o te Taiao.  This recognises the fundamental importance of the environment to sustaining life.

Another widely anticipated recommendation is the strengthening of partnerships between government and tangata whenua, a greater role for Māori in resource management decision making, and a requirement to give effect to (rather than take account of) the principles of Te Tiriti o Waitangi.  It is recognised that the latter requirement would need be the subject of clear national direction.

Other ideas, aimed at addressing issues or bug-bears with the current system regularly encountered by practitioners, include removing the “no more than minor” threshold for notification of consents, removing non-complying activity status, the ability to remove existing use rights to address issues such as natural hazards, and new legislation to provide for managed retreat due to the impact of climate change.

“The report is comprehensive in its coverage and thoughtful in its approach” says RMLA President and lawyer Mary Hill.  “The diversity of thought from the Panel members and breadth of consultation undertaken is apparent in the Panel’s recommendations.  It has not failed to see the wood for the trees.”  From Hill’s perspective as a resource management lawyer, it is encouraging that the Panel has recognised the important role of the Environment Court, recommending broadening its powers and ensuring it is appropriately resourced, but also proposing a dispute resolution process for minor matters.  She is more cautious about how the proposed audit of plans by MFE before they are notified will work in practice, but supports some form of audit to ensure that plans which have gone through mediation and hearing processes are reviewed for clarity and consistency before they are made operative.

The Report is timely leading into the election.  It recognises that the failure to provide sufficient resources and build capability has been one of the more important reasons for the failure of the RMA to deliver the results intended, and that it is essential that substantially increased funding and resources be provided by both central and local government. The invitation for the government to move promptly on reforming local government and addressing Māori rights and interests in freshwater (which fall outside the scope of the Panel’s terms of reference) will provide interesting discussion points, alongside the Report’s recommendations.

RMLA will engage with its members and looks forward to working with the government on the development and implementation of any new legislation.