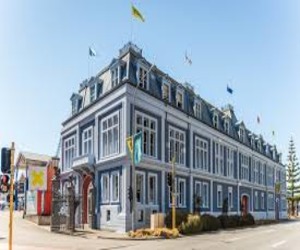 Energy savings made in two central city buildings brings Wellington City Council a step closer to achieving its goal of becoming a Zero Carbon Capital by 2050.

Technology that controls the atmospheric conditions inside Wellington Museum and the City Gallery has reduced the annual energy consumption of these buildings by 37 per cent and 25 per cent respectively.

The museum and gallery projects paid for themselves within the first 18 months. Money that isn’t spent on power bills can be invested in improving the buildings themselves, or anything else that improves the city in general.

The programme reduced the building’s annual carbon emissions by 179 tonnes, which is equivalent to 30 New Zealand households. Now the Council is on track to extending these energy-saving programmes across other high energy using buildings.

A couple of initiatives include replacing the Michael Fowler Centre stage lighting with LED technology for a significant reduction in energy use, indirectly saving more energy by reducing heat emissions too.

Plus creating an eco-friendly way of treating the water used for cooling the City Gallery, resulting in a decrease of energy use, less waste, and fewer chemicals. This project has contributed to the saving of 5.5 million litres of water.

The move to improve energy efficiency at Wellington Museum and the City Gallery resulted from the Smart Buildings Challenge, an initiative run by Council in partnership with Microsoft, and EECA (Energy Efficiency and Conservation Authority).

Since the Smart Buildings Challenge, Beca is running B-Tune in more than 20 buildings around New Zealand, saving energy and carbon emissions.

The Smart Building Challenge was managed by EMANZ (Energy Management Association of New Zealand) who are now known as CEP (Carbon and Energy Professionals).

Watch the video about the project here.