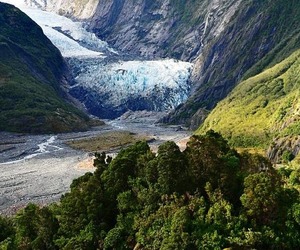 Glaciers continue to melt away

Scientists analysing end-of-summer snowline survey photos have estimated that 13 million cubic meters of ice have been lost from just one glacier from 2016 to 2019.

NIWA climate scientist Dr Andrew Lorrey says that the volume lost from the Brewster Glacier in Mt Aspiring National Park is about equal to the basic drinking water requirements for all New Zealanders for those three years.

The amount was calculated by Dr Lauren Vargo, a researcher based at Victoria University Wellington who has pioneered photogrammetry techniques to track New Zealand ice volume changes through time.

However, the volume lost from Brewster Glacier is only a small part of the Southern Alps ice storage which has been in a decline since annual monitoring of the glaciers began in the late 1970s.

Dr Lorrey, who coordinates the aerial survey each March, says about 30 per cent of the Southern Alps ice volume has been lost over the past four decades which is equivalent to 15.9 trillion litres of water – about equal to the basic daily water use requirements over that timespan for a population the size of New Zealand today.