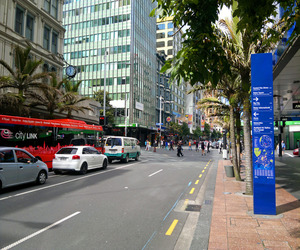 A just-released report from infrastructure consulting firm AECOM commissioned by the region’s nine councils shows that the Wellington Region’s gross greenhouse gas emissions fell by 5 per cent between 2001 and 2019, from a gross of 4,427,849 tonnes of carbon dioxide equivalent to 4,190,050 tCO2e.

However, transport emissions rose by 14 per cent across the region. Main causes were road petrol and diesel (cars and trucks, up 8%), aviation (up 37%) and shipping (up 22%). Within this, fuel use/emissions associated with shipping logs overseas has increased by a factor of 13 compared to 2000-01, and all other international shipping has doubled.

The good news from the inventory is that waste, stationary energy and agricultural energy emissions reduced between 2001 and 2019, by 36, 18 and 17 per cent respectively. Key reasons for the fall include use of landfill gas capture, which has driven down waste emissions more than any sector, greater use of renewable energy to provide electricity, and a reduction in the number livestock e.g. cattle, sheep, pigs, deer farmed within the region.

Greater Wellington has already committed to net zero emissions by 2030 for its corporate emissions and is working with its partners to reduce wider regional emissions. As part of this, Greater Wellington and the eight other councils in the Wellington Region commissioned an update to the regional greenhouse gas inventory for activities occurring up to 2019 from consultants AECOM. Methodology changes were applied to past inventories to make a comparable series of results from 2001.