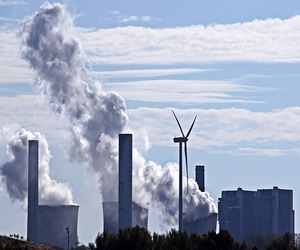 The Climate Action Tracker is an independent scientific analysis that tracks government climate action and measures it against the globally agreed Paris Agreement aim of “holding warming well below 2°C and pursuing efforts to limit warming to 1.5°C.” A collaboration of two organisations, Climate Analytics and New Climate Institute, the CAT has been providing this independent analysis to policymakers since 2009.

While New Zealand is showing leadership by having passed the world’s second-ever Zero Carbon Act in November 2019, under current policy projections, it is set to miss its “insufficient” 2030 unconditional target by a wide margin, as it lacks the strong policies required to implement it. There is as yet no signal from the Government that it intends to submit an updated and more ambitious NDC by 2020.

Adopting the Zero Carbon Act is a step forward, but implementation is key. The Zero Carbon Act does not introduce any policies to actually cut emissions but rather sets a framework. Laws in place since 2004 for both land and the marine environment specifically prevent planning bodies from considering the impact on climate change of high-emitting projects when going through the consent process, allowing projects such as gas-fired power stations and coal-fired boilers at dairy plants to proceed. It is unclear whether these will be repealed, but they are a direct threat to the efficacy of the Zero Carbon Act.

At present the Government is relying on emissions removals such as through forestry and the purchase of international units, which will still allow emissions to be released into the atmosphere in 2050 to a level rated by the CAT from insufficient to the border of highly insufficient to hold warming to below 2°C, let alone limiting it to 1.5°C as required under the Paris Agreement.