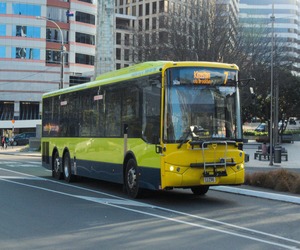 While there are more people taking public transport across the Wellington region than ever before, transport-generated emissions continue to grow, a Greater Wellington Regional Council report says.

Chair of the Regional Transport Committee councillor Adrienne Staples “It is fantastic to see patronage on Metlink buses and trains continuing to grow year on year. There has been a 5.7 per cent increase in rail users over the last year to June 2019. Similarly, bus boardings have jumped 4 per cent in the same time frame.”

“However, the long term trend in transport generated CO2 emissions shows a gradual increase in emissions per person and a steady increase in absolute emissions,” Cr Staples says.

The report shows a 7.5 per cent growth in regional population between 2013 and 2018. Whilst still the lowest in the country, vehicle ownership rates across the region have also increased.