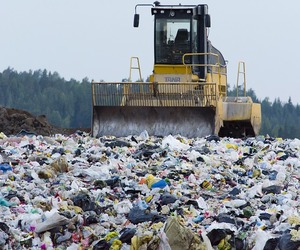 The Government has released the next phase of its plan to tackle New Zealand’s mounting waste challenges. The proposals will support increased funding for councils, community organisations and businesses for projects to recover and recycle more materials and reduce the amount of waste going to landfill.

“In the past decade, people have sent nearly 30 million tonnes of waste to municipal landfills around the country – a 50 per cent increase in waste that can often be recycled, composted or reused.  We can’t allow this situation to continue” says Eugenie Sage.

The Government is seeking public feedback on its proposals to expand the national landfill levy scheme set out in a consultation document entitled “Reducing Waste: a more effective landfill levy.”

“One of our first moves as a Government was to ban single-use plastic shopping bags.  Reducing waste is part of our drive to reduce the volume of rubbish ending up at the tip and contributing 5 per cent of our annual greenhouse gas emissions,” said Eugenie Sage.

Consultation on the new landfill expansion proposals is open now and closes on 3 February 2020.