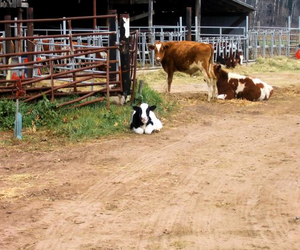 The Government has reached a historic consensus with farming leaders to implement farm-level pricing of climate change emissions from the agriculture sector by 2025.

A consultation document, informed by the work of the Interim Climate Change Committee, on how to bring agriculture into the emissions trading scheme, was a key part of the Government’s plan to tackle climate change and reduce New Zealand’s emissions.

Agriculture Minister Damien O’Connor said, “The cooperation and consensus between the farming sector and the Government is an incredibly important shift from farmers and growers on the need to tackle climate change compared to nearly 30 years ago.”

“We are now agreed on the outcome; Government and farmers want emissions to be calculated at the farm level where farmers have the most control over how they can manage their emissions on their property.”

Minister for Climate Change, James Shaw says “It’s about offering choices to farmers and growers, along with the supports they need, to measure and manage agricultural greenhouse emissions so they can benefit from making emissions reductions.”

“The big breakthrough is that, for the first time, the leadership of the main farmer organisations and farming businesses have reached a level of consensus amongst themselves that emissions pricing is part of the solution for reducing agricultural emissions, as it is for the rest of the economy, “ James Shaw said. “The significance of this cannot be understated when you consider how things stood a few years ago.”