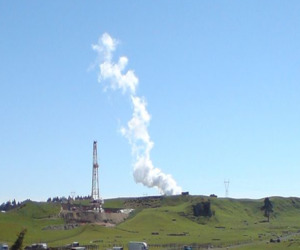 PGF invests in pioneering proposals for the Bay of Plenty

The Provincial Growth Fund (PGF) will invest in two pioneering business proposals in the Bay of Plenty.

Geo40 Limited will receive $15 million from the PGF, made up of a loan and convertible note, to build and operate a large scale extraction plant at the Ohaaki geothermal site near Taupo, while Eco Gas Limited Partnerships will receive a $7 million loan to build a demonstration biogas plant in Reporoa.

Regional Economic Development Minister Shane Jones said “The technology developed by New Zealand company Geo40 is a world-first that enables silica to be extracted from fluids that have been used to generate geothermal electricity. Once the silica is extracted, the geothermal water is returned to the reservoir.”

“The extracted silica will be exported for use in products overseas, such as paint, concrete and paper making. There’s been a lot of overseas interest in both the technology and the product.”

“Geo40 has already invested in research and development by constructing a small commercial demonstration silica removal plant in Ohaaki. The new plant will be seven times bigger, with PGF funding going towards the plant’s commissioning and construction. The extraction process could also be extended to other geothermal plants.”

Shane Jones says “The PGF is investing in this initiative because it has the potential to strengthen New Zealand’s position in the geothermal and mineral extraction industries worldwide. It will create permanent, high-skilled jobs locally, as well as bring in export earnings that will have a flow-on effect in the local community. Up to seventy jobs will be created during the construction of the plant, with up to thirty full-time roles created once the plant and its planned expansion is fully operational.”