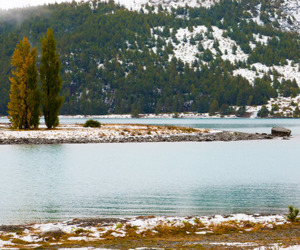 The five government agencies with statutory environmental responsibilities in the Mackenzie Basin (Environment Canterbury, Waitaki and Mackenzie District Councils, the Department of Conservation and Land Information New Zealand) have received an independent report investigating the way all Resource Management Act plans that apply in the Basin deal with key issues.

Nadeine Dommisse (Environment Canterbury), Chair of the Mackenzie Basin Steering Committee that commissioned the Boffa Miskell report, said it was reassuring to learn from independent assessment that the agencies had a sound planning framework to build on. “There is much we’re doing right; now we have an opportunity to add strength and resilience,” she said.

“We gave this high priority because all the agencies recognise the importance of alignment in the planning framework managing a particularly sensitive environment. The Mackenzie Basin is managed by three different councils, using five different plans developed at different times and in different contexts.”

“This project is part of a wider programme that shows the agencies’ commitment to sharing information and demonstrating a transparent way of working together,” Ms. Dommisse said.

See what the report identified