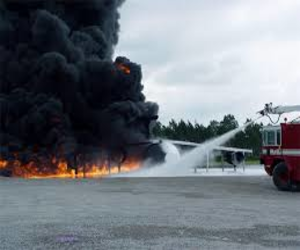 At all sites where the banned foam was identified, including those which are not yet fully compliant, the foam has been secured within equipment, and secured against use. The foam is not accessible to the public and there is no public risk. It is appropriately labelled to warn workers of the hazards.

PFOS foams were excluded from the Firefighting Chemicals Group Standard in 2006, meaning they could no longer be imported into New Zealand. In 2011, all PFOS products were completely banned and strict controls were set to manage their storage and disposal.

Chief Executive Dr Allan Freeth says: “Our investigation covered 166 sites across the country. We were very surprised to find the banned foams at six airports; in equipment owned by two companies that service airports; at three sites controlled by a major oil company; in two tug boats; and at a tyre company.

“Firefighting foam with lower levels of PFOS was also found at some other sites. These lower levels likely resulted from contamination arising from previous use of PFOS foams.