Home News Calls for the reform of Hauraki Gulf governance 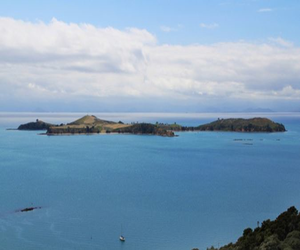 Calls for the reform of Hauraki Gulf governance

Late last year, the Government announced the establishment of a Ministerial Advisory Committee that will play a key role in implementing the Sea Change Plan, which includes proposals for improving the health of the Hauraki Gulf.

This week the Environmental Defence Society (EDS) released its publication “Governance of the Hauraki Gulf: A review of options.”

EDS Policy Director and report co-author Raewyn Peart says “The future of the Hauraki Gulf Forum has been the subject of concern amongst the Gulf community for some years.”

“So we decided to help inform the discussion by examining the future form and function of a more effective governance entity for the Gulf.”

Raewyn Peart says “We recommend that the role of the Forum be strengthened so that it can be an effective champion for the Hauraki Gulf and help turn around the continuing environmental decline.”

“This would include empowering the Forum to prepare and regularly review an Integrated Management Plan, which would build on the Sea Change Tai Timu Tai Pari marine spatial plan.”

Read the report “Governance of the Hauraki Gulf: A review of options.”