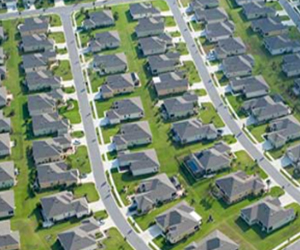 The Housing and Urban Development Authority will have cut-through powers to build quality state and affordable homes and create thriving master-planned communities.

The new authority will be responsible for leading the Government’s large-scale urban development projects and for being a world class state housing landlord. It will bring together three existing agencies that build homes – Housing New Zealand, its subsidiary HLC, and the KiwiBuild Unit.

Minister for Housing and Urban Development Phil Twyford said this is the first big step towards creating the authority, which will have wide-ranging powers to transform suburbs, cutting through the roadblocks to large-scale development. Housing New Zealand’s role as a public landlord and its housing services and products will become part of the authority.

“The authority will transform the way New Zealanders live, work and play by building communities with a mix of public, affordable, and market housing, as well as the jobs, transport links, open spaces and facilities people need – it will do this at scale and pace so we can build our way out of the national housing crisis.

“Over the coming months, we will continue to communicate the progress we’re making on our KiwiBuild and state home build programmes and further detail on how the urban development authority will operate.

“We’ll be partnering with local government, iwi, and the private sector to create communities where everyone can thrive. The authority could help with developments that are already underway, including the Mt Roskill and Porirua regenerations.

“There will be no change for Housing NZ tenants. Being a world-class public landlord will be a key priority for the new agency. It will have a strong social focus on the wellbeing of both its current and future tenants.

New legislation to establish the Housing and Urban Development Authority will be introduced to Parliament in 2019, with the first projects expected to be up and running in early 2020.

“I look forward to public submissions as we work through the detail of the new authority during a full select committee process,” Phil Twyford said.