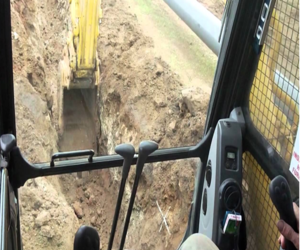 The NZ Transport Agency has approved a revised Accidental Archaeological Discovery Protocol (ADP) to manage unexpected discoveries during work on its transport network.

Principal Advisor (Heritage), Anne Neill says the ADP is for “situations where works are assessed as having a low risk of archaeological discovery but there is an archaeological find.” The ADP does not apply when an archaeological authority has been issued by Heritage New Zealand. This is for circumstances where there needs to be a process in place just in case something unexpected is discovered. It provides guidance for stopping works, who to notify and when works are able to recommence.”

Ms Neill also stresses that an ADP is not a default mechanism.

The Transport Agency consulted widely during development of the ADP including with Heritage New Zealand and interested local government agencies.

The ADP is available to the public and forms part of various Transport Agency contractual requirements.