Home Articles Trends in Urban Planning: What’s on the horizon for our cities? 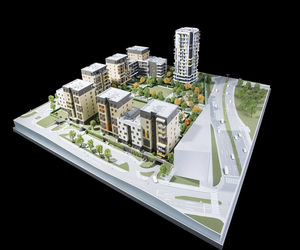 Trends in Urban Planning: What’s on the horizon for our cities?

By Tom Young, GM Urban Planning and Environmental Services, Stantec – a proud sponsor of the Reform or Transform Conference 2018

Stantec’s GM of Urban Planning & Environmental Services, Tom Young, recently moved to New Zealand from Edmonton, Canada. As well as language, Commonwealth ties and a love of the outdoors, our urban spaces share many common themes. We talk to Tom about some of the Urban Planning trends he was seeing emerge in North America.

Cities across North America have been making big investments in public transport infrastructure for the past decade, and the strategic focus has been on not only moving people efficiently, but also leveraging these big investments to drive urban transformation and reinvestment to address housing challenges and revitalise core neighbourhoods. With the New Zealand government’s renewed focus on public transport and housing investments, we can see that same thinking beginning to be applied here.

Putting high quality public transport at the centre of communities, TOD makes it possible to live in an urban location without relying on a car. It has developed out of a search for solutions to traffic congestion and a growing desire for a higher quality urban lifestyle, combined with a growing trend toward lower car use (see Trend Two!). With the planned light rail line from the CBD to the airport, Auckland is taking a serious look at how to implement this concept, and Stantec is lending our global expertise to these efforts.

As the downsides of an over-reliance on cars become increasingly obvious, and technological trends make alternatives increasingly attractive, we are seeing urban planning tilt away from the car and its corresponding infrastructure as the dominant transport mode.

In this trend we see walking and cycling routes and public transport options becoming a common and natural choice for commuters. Younger people do not automatically own a car, many choosing to live car-free and walk, bus or train. The availability of hail services such as Uber and carshare services like Wellington’s Mevo mean that people don’t need to own a car even for supermarket trips.

From a planning perspective, this means we don’t always need to include large areas of parking in cities, freeing up land for infill development, supporting the shift towards a more compact, pedestrian-oriented urban form. From an accessibility and equity perspective, this means that not only those with a car or a driver’s licence have the opportunity to take full advantage of employment opportunities and the social life of the city.

The ability of phone apps to drive transport mode choices is exploding, though the effects are not always what we expect: recent findings have shown that the arrival of Uber in New York has actually reduced public transport use and increased traffic congestion by reducing costs relative to regulated taxi fares, and increasing convenience (more here).

The promise of a technology-driven future with less reliance on cars will depend heavily on how that technology can be designed to support the interests of communities. Currently, apps help users plan a trip by a single mode that the user selects. If we look at the current arrangements in Auckland, for example, a commuter would need to use a range of apps to arrange their multi-modal transport journey. Uber for hail services, Auckland Transport’s app for bus or train,  Google maps to find a cycling or walking route, and the Onzo app to find a shared bicycle.

While all these apps provide commuters with information at their fingertips, the lack of integrated technology still reinforces travel by a single mode, driven primarily by travel time, a factor which doesn’t actually provide a full picture for transport choice.

Connected technology, a concept referred to as Mobility as a Service (MaaS), would give that same commuter linked-up, multi-modal route options in one app, with the ability to sort by time, cost and/or proximity to suit the commuter’s individual preferences. This type of technology supports the transit oriented development mentioned above and also strongly underpins walking, cycling and PT as primary transport modes.

One of the trends I have witnessed in North America, and which I am delighted to see emerging here in New Zealand, is an increased emphasis on stakeholder engagement. Our team at Stantec has a number of specialists in this area, including our Lead Stakeholder Engagement Specialist Jo Wilkins, who presented at the recent RMLA conference in Wellington.

We see our clients work collaboratively with a range of groups, community, mana whenua, local businesses, much earlier on in the process than previously. This enhances project outcomes by opening up early and direct lines of communication to understand community needs, and can also help to build alliances with communities and increase public buy-in to controversial proposals. And both here and in North America, we’re seeing an explosion in “digital” engagement—the use of video, social media, interactive tools and apps—to speak with these groups.

We’re also observing that communities will self-organise where they need to. Social media has driven a trend of self-empowerment and given a voice to those who might previously have found it difficult to be heard. This is a powerful shift that we must find ways to work with, rather than against.

These are some of the trends I see in the urban planning space, both here in NZ and in North America. I’m looking forward to watching, and contributing to, the development of all them during this exciting time of change in New Zealand.

Find out how we think about cities at www.stantec.com/urban-places or look Tom up on LinkedIn here.