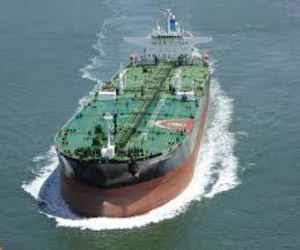 A panel of three commissioners – Sharon McGarry (chair), Dr Rob Lieffering and Sheena Tepania – heard the company’s applications on behalf of the Northland Regional Council (NRC) over seven days during late February and March this year, mostly in Whangarei, but with one day at Takahiwai Marae.

In a comprehensive decision, the trio grants the company 13 consents, most valid for a 35-year period.  (The exceptions are those relating to navigational aids, for which it was granted 25-year consents.)

The application was publicly notified on 13 September last year, attracting 50 submissions, one of which (by Ngatiwai Trust Board) was subsequently withdrawn. Of the remaining 49 submissions, 18 were in support, 29 opposed and two neutral.

A regional council staff report noted reasons for supportive submissions included a belief RNZ had consulted widely on – and comprehensively assessed the effects of – its application, which would allow fully laden Suezmax tankers to use the refinery.

(Suezmax tankers already visit the refinery on a regular basis, but can only do so 90 percent full because of the current channel depth.)

Supporters felt the project would have a range of positive economic and environmental effects for Whangarei and Northland, including improved environmental performance through fewer tankers visiting the harbour, and increases in navigational safety.

In contrast, opponents’ concerns traversed a range of issues including a lengthy list of cultural concerns and fears the risks of oil spills or accidents would increase with the use of larger ‘Suezmax’ tankers.

Opponents were also not convinced the effects from the proposal would be minor, especially if actual effects differed from those predicted by RNZ computer models of the harbour entrance. Other concerns included effects of the project on known local commercial and recreational fisheries and associated inadequate consultation.

Submitters opposing the proposal were also concerned about the proximity of proposed dredging and dredging spoil disposal sites to Mair Bank, the Motukaroro Marine Reserve or other sensitive ecosystems and what they regarded as inadequate consideration of alternative spoil disposal sites, including land-based options.

In their detailed decision, the commissioners ultimately concluded the project was “unlikely to have any significant adverse effects on the environment and is generally consistent with the relevant statutory planning documents and provisions”.

That finding was based on a detailed assessment of environmental effects, consideration of measures proposed to offset or compensate adverse effects, and considering the relevant objectives and policies of the statutory provisions involved.

“In taking into account the existing environment, we conclude that the applicant’s final proffered conditions, as changed by us in this decision, adequately avoid, mitigate or remedy the actual and potential effects of the project to a level that they are not significant and are, in our view, acceptable.”

“Further, any residual adverse effects that are unable to be avoided, remedied, or mitigate have, in our view, been appropriately offset and compensated.”

The commissioners said they had paid particular regard to potential cumulative effects of the project and the importance of maintaining the long-term stability of Mair Bank.

They had also outlined the ‘substantive changes’ made to the applicant’s proposed conditions in relation to requiring additional consideration of land based alternatives, receiving water quality limits and a closed season for dredging…’.

The commissioners’ decision is now subject to appeal for 15 working days.

Read the full decision – including details of all the conditions