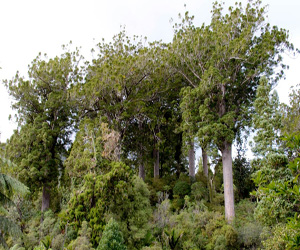 Attempts to better manage the local fight against kauri dieback in Northland have been given significant practical and financial boosts in two newly-adopted local authority plans.

The council’s new Regional Pest Management Plan, which formally took effect late last month, contains a number of rules related to kauri dieback, including a legal requirement for any suspected dieback to be reported to an appropriate management agency.  (The NRC is one of the first local authorities in New Zealand with rules that specifically address kauri dieback.)

Mr Howse says despite recent incorrect claims to the contrary, a detailed region-wide aerial survey for dieback – covering some 1.2 million hectares – had been successfully completed over summer.

The survey was done via fixed wing aircraft using an innovative system of high resolution camera equipment developed privately by an NRC staff member and which had allowed the capture of much more detailed data than earlier flyovers.

“As a result, we’re aware of about 100 high-priority sites on private and district council land that are being urgently followed up on the ground to establish if the disease is present.”

“There are also another roughly 200 lower priority sites – again on private or district council land – where we suspect the disease might possibly be present and which also may need further investigation.”

He says the council has been working closely with DOC and a number of other partners to learn more about, and try to control, kauri dieback locally for a number of years, pointing out that DOC in Northland has been “very committed” to this process.

Tangata whenua too were hugely invested in the process, including Te Roroa, whose members the council was working closely with as part of a tactical plan which aims to stop the spread of the disease in the Waipoua Forest, home to iconic kauri like Tane Mahuta.

To date, the council had worked with landowners to help design about 30 tailor-made management plans for those keen to protect their privately-owned kauri from wandering stock and other threats.

It also coordinates a regional stakeholder group of agencies, including the Matakohe Museum, to keep the up to date with latest developments involving the disease.

A range of information about the disease is available from  www.kauridieback.co.nz