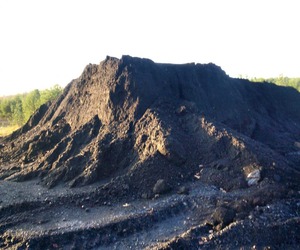 An application to mine coal on public conservation land near Te Kuha in the Buller District has been declined.

Rangitira Developments Ltd had applied for an access arrangement under the Crown Minerals Act to mine 12 hectares of public conservation land in the Mt Rochfort Conservation Area, near Te Kuha, as part of a large opencast coal mine.

The 12 ha area is part of the company‘s 116 ha mining proposal and compromises approximately 10 per cent of the planned mine site and open cast pit. Most of land which the company seeks to mine is within the Westport Water Conservation Reserve vested in, and managed by, the Buller District Council. The Council is the decision-maker for mining access to that area.

The Ministers declined the application to mine 12 hectares of conservation land because it was not considered that the mine’s potential economic benefits were large enough to outweigh the irreparable damage to an area with very high, unique and nationally significant conservation values.

Minister of Conservation Eugenie Sage said “The Te Kuha area is one of the last two areas of intact, elevated Brunner coal measure ecosystems. It is an undisturbed area which is precious and unique and supports complex and diverse habitats for threatened plants and wildlife including great spotted kiwi, land snails and lizards.”

“By altering the existing topography and ridgeline the proposed mine would also affect the scenic values and landscapes of the Lower Buller Gorge.”

“The area has experienced almost no human disturbance. Mining it would cause damage that is irreversible.

“Under the Conservation Act, this land is held to preserve and protect its natural and historic resources.  This application is inconsistent with that purpose,” said Eugenie Sage.

Minister of Energy Resources Megan Woods said the proposal had been closely scrutinised against the relevant criteria in the Crown Minerals Act.

“We felt that in this instance that the irreversible and permanent costs to the natural environment were too high and outweighed the economic benefits from the proposal.” Megan Woods said.