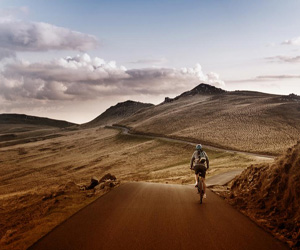 The New Zealand Conservation Authority (the Authority) approved amendments to the Tongariro National Park Management Plan (the Plan) which will allow for mountain biking at its most recent meeting in Wellington on 23 April.

The Authority originally received the application for a Plan review at its October 2017 meeting. Following discussions with the Tongariro Taupo Conservation Board, DOC staff and internal discussions, they sought confirmation of support from local iwi and referred the proposed change to the Minister of Conservation, taking careful consideration of her views as well as the community’s.

The Authority Chair Warren Parker says this will allow for the establishment of new family friendly cycle recreation opportunities in the park, but only where they cannot be more appropriately located outside the park.

The Plan’s partial review amendments will allow for the construction of three new tracks, and the use of existing and historic tracks. These must be compatible with the protection of the cultural and natural values of the Park and enjoyment of it by other recreation users.

If monitoring reveals adverse environmental or social effects on the tracks, DOC, with advice from the Tongariro Taupo Conservation Board, have a range of options to remedy the situation including the ability to cease track development and remove concessions.