Home News Review on use of bee killing compounds 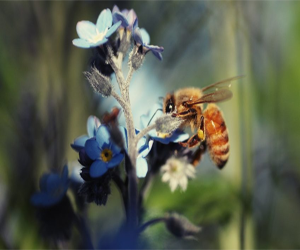 Review on use of bee killing compounds

The Environmental Protection Authority is to review the use of neonicotinoid pesticides in New Zealand.

The EPA’s announcement, is in response to the European Union member states’ decision last week to ban the outdoor use of three types of neonicotinoid (clothianidin, imidacloprid, and thiamethoxam) due to the serious danger they pose to bees. The ban is expected to come into force by the end of 2018 and will mean they can only be used in closed greenhouses.

The Soil & Health Association welcomes the review, saying Neonics are just as toxic in New Zealand as they are anywhere else in the world – they’re bee-killing compounds.They are calling for immediate action.

New Zealand regulations currently prohibit the spraying of neonicotinoids when crops are in flower. However, neonicotinoids can persist in the soil, meaning subsequent crops or weeds flowering can express the toxic chemical. Use is also limited by label requirements, but that’s not the reality of how people are using them. Seed treatments also mean that they are used over huge areas in New Zealand.

In the last decade bees have been dying at a staggering rate in many parts of the world due to colony collapse disorder. Research has shown that neonicotinoids are highly toxic to a range of insects, including bees and other pollinators. Bees and other insects are vital for global food production as they pollinate three-quarters of all crops.

New Zealand’s bee population contributes about $5 billion to the economy annually, including to our agriculture, horticulture, and high value mānuka honey production. The use of neonicotinoids puts these industries at risk.

Neonicotinoids are also cause for concern for human health, including via spray drift and occupational exposure, and for the wider environment.