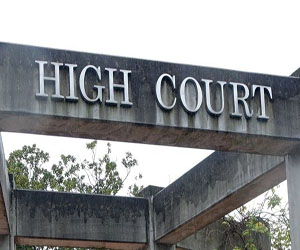 The main points of the decision are:

The judicial review challenged two main aspects of the Wellington City Council’s (Council’s) decision: first, the  Council’s decision to determine the resource consent decision in-house (as opposed to delegating it to a hearing commissioner) was said to show apparent bias, and second, the decision to grant consent was said to be legally wrong.

The High Court accepted the Council’s submissions that both decisions were lawfully available and properly made.

Following a careful review of the documents, and the affidavit evidence filed, the Court found no basis for an allegation of bias.  In particular, the Judge did not accept any criticism of the Council about the involvement of Chad McMan and Steve Spence at different times on different aspects of the proposal. The Court pointed to evidence confirming that the decision-makers appropriately and properly applied independent judgement to the decisions they were asked to make.

The Court also went further and accepted our argument that the notion of bias does not easily apply to a Council as decision-maker.  The Court agreed that s34A of the RMA is a permissive provision enabling Councils to delegate decision-making to hearing commissioners for a range of reasons.  The provision does not require Councils to do so where it has an “interest” of some sort in the application made.  In coming to this conclusion, the Court did not accept that the practice of other councils around the country was required legally.  This ruling confirms that Council’s approach to delegations of resource consent decisions (under which non-notified consent decisions are processed and determined by the resource consenting team) is lawful and proper.

So on this aspect of the case the decision supports Council, both factually, in that there is no basis for the allegation of apparent bias, and legally, in that the Council’s actions in processing the consent were all consistent with what The Housing Accords and Special Housing Areas Act 2013 (HASHAA) intends.

Read more on the court decision