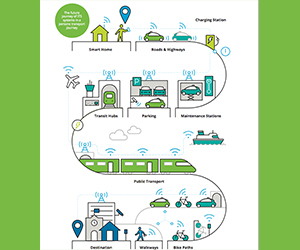 A new report produced by the Future Technology Leadership Group has revealed that New Zealand could harness as much as $1.5 billion a year through Intelligent Transport Systems (ITS), while addressing the problems of traffic congestion and emissions. The new report, commissioned by Business NZ, sets out the economic benefits and the required frameworks to support ITS.

The report, titled Unlocking Commercial Opportunities of Intelligent Transport Systems (ITS), focused on three areas: drones, smart logistics and autonomous self-driving vehicles. The authors noted that New Zealand regulatory and business environment is favourable to ITS.

“This is an exciting time for transport and technology. Intelligent Transport Systems have the potential to not only make transport more efficient, better for the environment and safer, we now know they can make a valuable contribution to New Zealand’s economy,” said Minister Twyford.