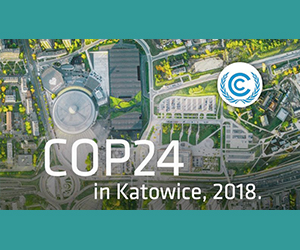 The Government is inviting public input as it sets the priorities for New Zealand at international climate change negotiations.

At Paris in 2015, 174 countries, plus the European Union, committed to reduce greenhouse gas emissions and limit global temperature rise this Century to well below 2 degrees Celsius. At the end of this year (2-14 December), international negotiators meet in Katowice, Poland, for the 24th session of the Conference of the Parties (COP24) to the United Nations Framework Convention on Climate Change (UNFCCC).

The purpose of COP24 is to establish the guidelines for how countries work together to reduce global greenhouse gas emissions.

From today, New Zealanders are invited to have their say on what they think New Zealand’s stance on those guidelines should be.

Reiterating his mandate to place New Zealand among the leaders on climate change on the world stage, he underscored the importance of public input into refreshing and prioritising New Zealand’s approach to international climate negotiations.

“We need to lead by example at home and we also need to be clear about what we’re working towards at the international negotiating table.

Having signed up to the Paris Agreement, the next step is to agree on guidance for countries as they go about implementing their national contributions to reducing greenhouse gases and limiting temperature rise, and that is what will happen in Katowice in December.

Public submissions can be made by clicking here for more details.