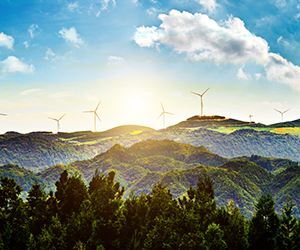 In a report published on Wednesday, Parliamentary Commissioner for the Environment, Simon Upton, endorsed a UK-style independent Climate Commission, as suggested by his predecessor, Dr Jan Wright, and set out recommendations for reversing New Zealand’s emissions trajectory.

Mr Upton notes that in his view, the UK’s approach is the most likely to lock-in a stable, long-term path to lower emissions. He says New Zealand is playing catch-up on climate change, and that in this respect, the Government’s proposed Zero Carbon legislation is timely.

The Commissioner has focussed his nine recommendations on what he sees as some of the more critical elements in the formation of the legislation and the ensuing Climate Commission. This includes setting effective carbon budgets, establishing a credible Commission, and ensuring that targets are legislated. It also underlines the importance of addressing climate adaptation.

“Internationally, there is a growing momentum to deal with climate change in a structured way that provides certainty for businesses and investors – it is high time New Zealand took the same approach,” he said. “We have to break out of the stop-go, on-again, off-again approach to tackling such a pressing long term problem.”

The Commissioner’s report, A Zero Carbon Act for New Zealand, is available here.