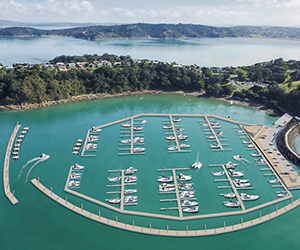 The hearing for a controversial 186-berth marina on Waiheke Island that will feature the country’s first floating car park, is underway this week.

Local pressure group Save Kennedy Point is in the Environment Court in Auckland this week fighting the proposed marina plans for Kennedy Point.

The plans have divided the island’s residents. While some argue that the Marina threatens the cultural and landscape value of Putiki Bay and threaten an endangered penguin species, others say the marina would be an asset to the community.