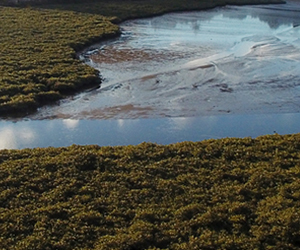 A local bill focussed on facilitating mangrove removal, while restoring or protecting amenity values and ecosystems, is currently open for public submission. The Mangrove Management Bill would give Thames-Coromandel and Hauraki districts the ability to remove mangroves without a resource consent.

The Bill would enable Hauraki and Thames Coromandel Districts to prepare Mangrove Management Plans using Local Government Act processes, effectively sidestepping the RMA by giving Councils the power to carry out mangrove management removal in accordance with those plans.

Should the Bill be passed, the RMA, NZCPS, regional policy statement and regional plan (Waikato) would not apply.  The Bill would prevent the chance of objections to removal being ruled on by the Environment Court, and the councils would “have regard” to public views expressed during a consultative stage.

Previous cases where exemptions to the Resource Management Act (RMA) processes have been made include disaster recovery efforts, such as the Canterbury Earthquake Recovery Act.

The Bill has divided the local community: locals who support the Bill argue that the mangroves in the area never existed prior to the 1960s.

Thames-Coromandel Mayor Sandra Goudie says “In Whangamata since the early 2000s there’s been massive community concern about the spread of mangroves and its impact on the Whangamata Harbour and to date that process has consumed over a decade in time and in excess of $1.5M in costs.

“The frustration is echoed in the Hauraki District, where the seaward advance of mangroves has considerably reduced the feeding habitat of Arctic nesting shorebirds like the bar-tailed godwit and lesser or red knot which migrate every year to the Firth of Thames, an  internationally significant tidal wetland protected by the Ramsar Convention”.

Others, such as Forest & Bird, say the mangroves play a crucial role in trapping sediment and nutrients running off land and in cleansing coastal waters. They say the mangroves also provide an important habitat for threatened birds and native fish, and reduce marine acidification caused by increasing carbon dioxide – a process that impacts a range of marine species including shellfish.

Labour and New Zealand First supported the Bill at its first reading. The Green Party opposed it.