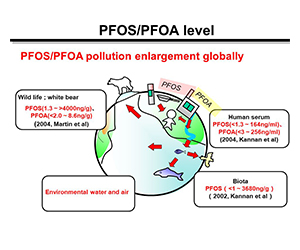 A formal investigation into fire-fighting foams manufactured using PFOS or PFOA is underway to understand whether non-compliant foams are being held or used at airports and other locations.

Despite fire-fighting foams manufactured using PFOS or PFOA having been illegal for use in New Zealand since 2006, it is likely that “quantities of these foams remain in circulation”, says EPA’s General Manager of Hazardous Substances and New Organisms, Dr Fiona Thomson-Carter.

PFOS and PFOAs are highly persistent chemicals. As complex synthetic substances, they are not easily broken-down or degraded by natural processes. Given that they are water soluble in their anionic forms, they are also easily dispersed throughout the environment and readily migrate from soil to groundwater where they can be transported very long distances. Studies of land animals have revealed detectable PFOS and PFOA levels in the tissues of wildlife living in even the most remote and protected conservation areas. Marine and freshwater ecosystems are the most susceptible to bioaccumulation, leaving fish, aquatic species and the animals that feed on them, most vulnerable to contamination.

Nevertheless, at present the EPA is advising that if they are stored safely they “do not pose any immediate risk to the environment or human safety”. The EPA says it is in the process of providing guidance on safe storage and disposal of the substances.

An in-house team has developed an investigation plan, so it can methodically establish the facts at various sites around New Zealand. Preliminary discussions have been held to scope the potential scale of the issue.

“The EPA’s overall aim is to ensure all organisations and individuals are complying with their legal obligations,” Dr Thomson-Carter says.

Guidance on storing and disposing of fire-fighting foams