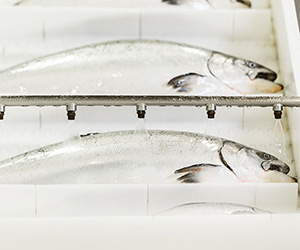 A report by an independent panel into the future location of six salmon farms in the Marlborough Sounds has been released by Fisheries Minister Stuart Nash.

The report was written by an independent Advisory Panel following public hearings in April-May 2017 and provided to the previous government in July 2017. Mr Nash has yet to form a view on its findings.

The Advisory Panel considered written submissions and held hearings on a proposal to relocate up to six Marlborough Sounds salmon farms to more environmentally sustainable sites. It recommended that three salmon farms be relocated:

The Panel considered relocation of the three farms would enable the New Zealand King Salmon Company to improve environmental outcomes without sacrificing jobs and economic returns. The company could implement management standards that ensure the effects of salmon farming on the seabed of these sites are effectively monitored and managed.

The report says relocation would reduce adverse effects on the seabed, lessen the visual impacts of the farm sites on the natural landscapes and features of the Sounds, and improve fish health. The Panel also believes relocation would be more consistent with resource management principles.

The panel declined to recommend the relocation of three other sites. Its decision was primarily based on cultural factors, landscape considerations under the New Zealand Coastal Policy Statement, and navigational safety considerations.

There are currently twelve sites in the Marlborough Sounds which have resource consent for finfish farming. The proposed new sites were put forward as potential substitutes for existing consented sites.

The report is available on the MPI website here: https://www.mpi.govt.nz/news-and-resources/consultations/marlborough-salmon-relocation/

Mr Nash said that the report has been made publicly available in order to update all interested parties, and that a final decision will only be reached following further consultation. He noted his intention to work closely with the Marlborough District Council and local iwi.