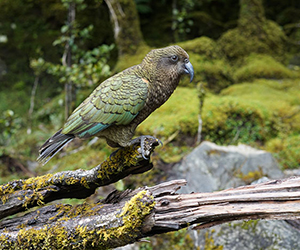 Community steps up to fill government gap in conservation work

The community-led Valleys Conservation Project is calling on greater public participation in their efforts to stem rapid declining avian populations in New Zealand.

Conceived of by Aucklander Mike Fisk, the project came about after witnessing the decline of bird-life in the area during his 40-plus years visiting the area. “A regular visitor to Fiordland since the 1970s, I’ve observed first-hand the devastating decline of bird-life,” Mike says. “There’s a growing realisation that we can’t just sit back and ‘let the government do it’. If we want to preserve our natural heritage, Kiwis have to get out there and help,” he says.

Mike and his team installed 250 Goodnature self-resetting traps, which target rats and stoats, along 13 km of the Cozette/Camelot Valley, west of Te Anau, in October 2016. The group fly down from Auckland twice a year to service their traps. During the first 12 months the traps cleared about 1,000 predators from the valley and a recent Whio survey confirmed successful breeding.

Mike is now encouraging others to come on board, and  DOC is now working alongside the innovative project, to encourage more people to get involved with Predator Free 2050.

For more information about the Project, and how to be involved, visit The Valleys Project.