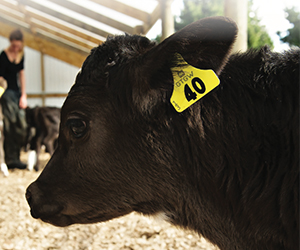 Some, such as Wellington Greater Council Chair Chris Laidlaw, have welcomed the strategy. “This is an ambitious and timely initiative…It commits the industry to moving to sustainable farming”, he said.

Others, however, have been less effusive, noting that while sustainability and animal welfare are prominent among the strategy’s priorities, it lacks an immediate action plan and timeline for achieving improvements.

Fish & Game Chief Executive Martin Taylor says the plan doesn’t go far enough. “The reality is the present dairying model is unsustainable.  Kiwis need action now and aren’t prepared to wait until 2025…The dairy industry has had a decade to come up with a blueprint for sustainable farming and land use and now the strategy is too wait another eight years to develop one,” Mr Taylor says.

Similarly, freshwater campaign group Choose Clean Water notes that the plan lacks teeth. “The industry is still speaking in generalities, about self-regulation and vague plans for distant dates in the future, instead of what they can and should do right now”, says Marnie Prickett, spokesperson for Choose Clean Water.

Mr Taylor says a good place to start is to accept a future that features fewer cows, less water use, less nutrient loading and producing less milk but with more added value. “If they don’t do that, dairy will continue to be unsustainable”.

He notes that New Zealand’s herd sizes have increased dramatically over the last 20 years.  Non-traditional dairy regions such as Canterbury and Southland are now among the biggest in terms of intensive farms, with a combined herd size of over two million beasts.