Home News Back to the drawing board for Canterbury sports centre 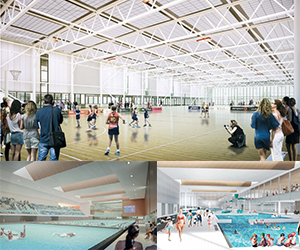 Back to the drawing board for Canterbury sports centre

The Minister for Greater Christchurch Regeneration, Megan Woods this week announced a new plan for the Metro Sports Facility anchor project, after it was revealed the long-delayed project was expected to exceed its budget by $75 million under the current approach.

The minister has scrapped an early contractor involvement process on the advice that  the current procurement approach would leave the project well over budget and well behind schedule.

The minster has commissioned Ōtākaro to complete the detailed design work itself and get ready to go out for a new build-only contract. This will be completed by March/April 2018, allowing for the facility to be opened in the first quarter of 2021.

Simultaneously, she has directed officials to explore the option of combining part or all of the Metro Sports Facility with the proposed Multi Use Arena to “ensure Christchurch gets a facility that meets the city’s needs and is fit for purpose”.

The Metro Sports Facility is intended to be the largest aquatic and indoor recreation and leisure venue of its kind in New Zealand. At over 30,000m2, the facility would feature a 50 metre, 10-lane competition swimming pool and a separate diving pool, large aquatic leisure area, five hydroslides, fitness spaces and nine indoor courts netball, volleyball and basketball.