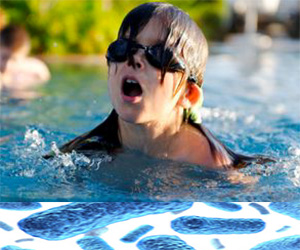 In an opinion article this week, independent soil scientist Dr Doug Edmeades, ONZM, stated that a goal to make all waterways swimmable is both unrealistic and unsustainable because it seeks to achieve environmental goals while ignoring collective social and economic goals, as required by the Resource Management Act.

Dr Edmeades’ article, published in Stuff this week, noted that there are four components to water quality, including sediments, pathogens, nitrogen (N) and phosphorus (P), and that “blindly chasing N alone or all four contaminants in all reaches of all catchments and sub-catchments” is neither sustainable or effective.

“Not all catchments, or indeed sub-catchments, are the same. What limits water quality, say for swimming, in one catchment does not necessarily apply to another”, he said.

Recounting his experience working with a farm trust in a sub-catchment in the lower Waikato, he said the results were eye-opening. “By taking a close look at all of the water quality data (concentrations) and calculating the loadings (amounts), we were able to isolate the major factors causing the poor water quality.

“In this case, it was sediments and E coli. P was only a collateral problem because of most of the P is attached to the sediments. Nitrogen was not an issue… I wonder, how many sub-catchments are like this? And yet N is the primary focus in most regional councils’ plans,” he noted.

He advises that careful analysis is what is needed, to clarify in each catchment and sub-catchment which contaminant(s) to go after to improve water quality, rather than taking a blanket approach to improving water quality at any cost.